Man I’ve got a lot of images, as it turns out, from fall 2012. I thought since I skipped hiking for almost 3 months during the heat wave/drought that it wouldn’t be a big deal to get caught up! But it is!

This beetle was right in the middle of the trail, trying like heck to burrow into hard-packed dirt. He wouldn't stop moving so it was difficult to get a good shot of him. Thanks to the help of an entomologist pal, I now know it is an earth-boring dung beetle--a species of Bolbocerosoma. They are not uncommon, but spend most of their time in underground burrows up to 35" deep. Pretty industrious for a little beetle less than 1" long. They provision their larvae with food such as dung, carrion and leaf litter, like any good parent.

I really wanted to give it a last name too, but after looking up many species I could not say with certainty what this one was. Many identifying features I did not capture. 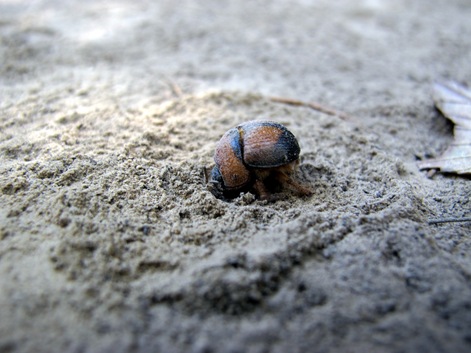 Below, you can see the little tracks in a circle he’d made, going around and around, trying to burrow. 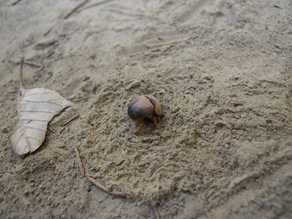 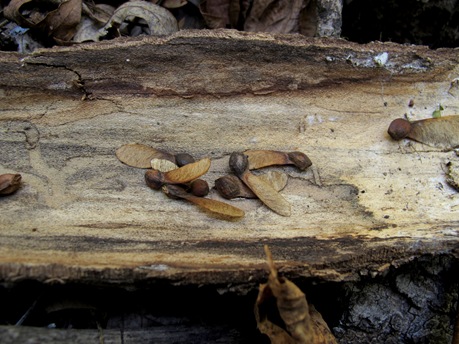 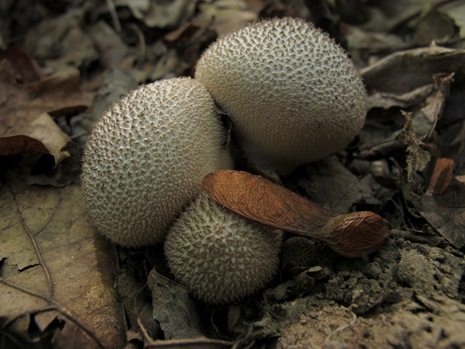 Another one of those genius natural compositions. Three gem-studded puffballs with a carefully-placed maple seed (not by me. I just showed up). 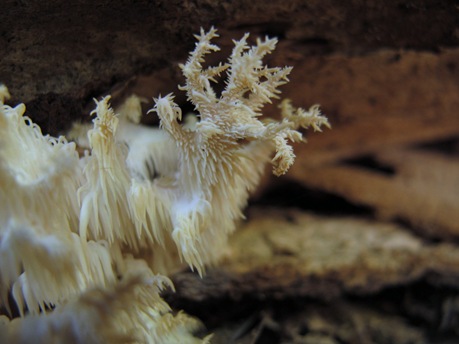 Above, the tip of a comb tooth (Hericium coralloides). Pure white when young and fresh, this one is past its prime and would be sour if you ate it. That doesn't make it any less compelling a subject. Dragons, claws, fractals, paws. 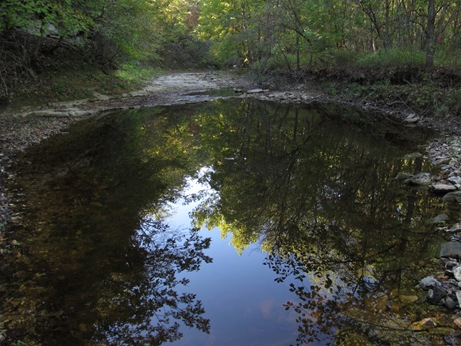 A clear pool after some rain finally fell, Sept. 2012.
Posted by Mycologista at 10:25 PM No comments: