Here comes the backlog parade! Mushrooms, wildflowers, whatever I found.

I might have shot myself in the foot by maintaining a personal rule that I post things in the order I find them—but then I put off some postings (last year) for some reason, and then there was the terrible heat wave and drought which led to NOTHING to post for about 3 months—it all turned into a terrible logjam. Here it all comes. In the order encountered, at least. 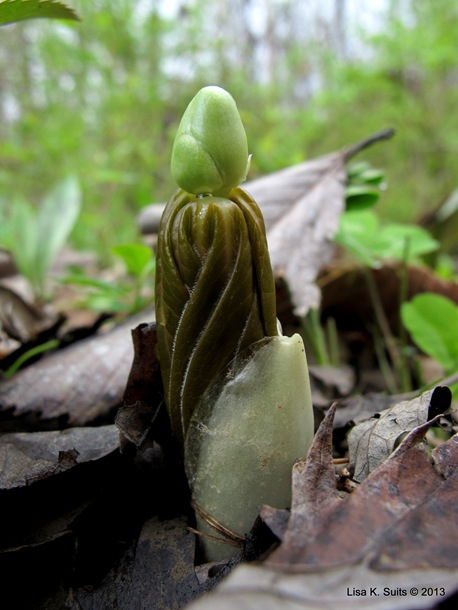 Above, an emerging, “candling” Mayapple, Podophyllum peltatum. That’s what it’s called—“candling.” Because it looks like a candle. That single mottled vertical leaf is a trout lily, Erythronium albidum. There’s also a yellow version but I have never seen them here in central Missouri.

Mayapples have a single leaf and don’t flower until they’re at least four years old, when they also develop two leaves—I wrote about it, here: http://mycologista.blogspot.com/2011/05/young-mayapple-leaf-surprises.html

Kind of hard to not anthropomorphize about these. They look an awful lot like some kind of cloaked, dejected being. It doesn’t last long, though; soon they start straightening up, and unfurl their big wonderful leaves. Which I don’t have pictures of. I like these better. 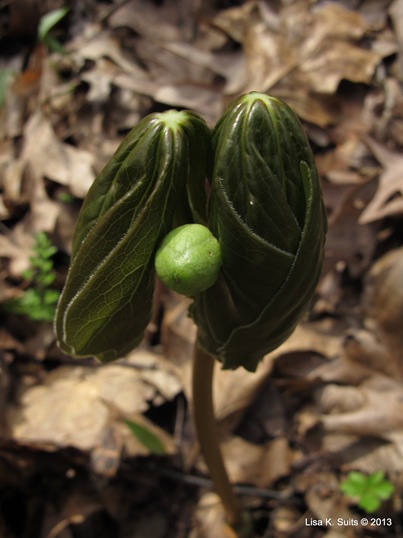 Below: Lenzites betulina that grew, then the log rolled over and it grew some more and tropism led to wild growth patterns (normally it’s your basic shelf/shell shape), and then algae grew on it. When fresh it actually has gills, but this one's been banged around in life and the gills are shredded. Also, many other people's images show algae growing on it too. 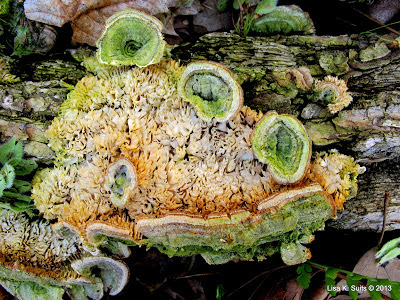 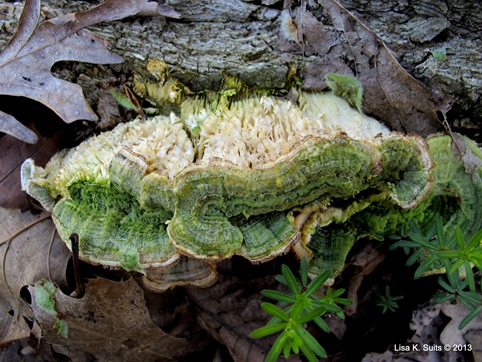 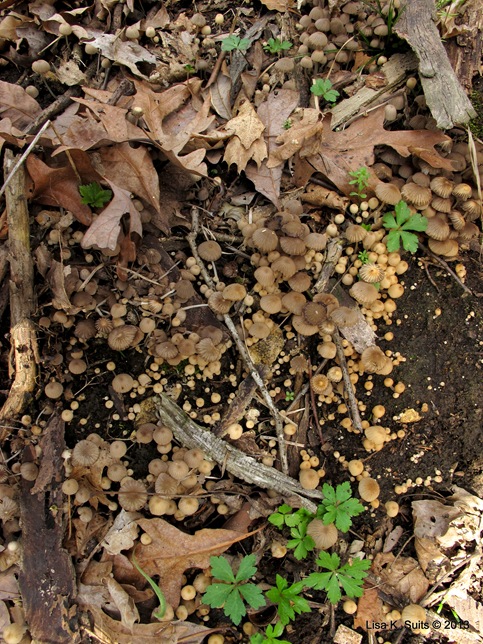 A growth of hundreds, if not thousands, of Coprinellus disseminatus, on a tree and spilling out around it (on submerged roots, I’m assuming). Some common names are “non-inky Coprinus,” “little helmet,” “crumble cap.” Fragile little things. Unlike other ink caps, these don’t dissolve within hours of emerging into a pile of wet black goo. 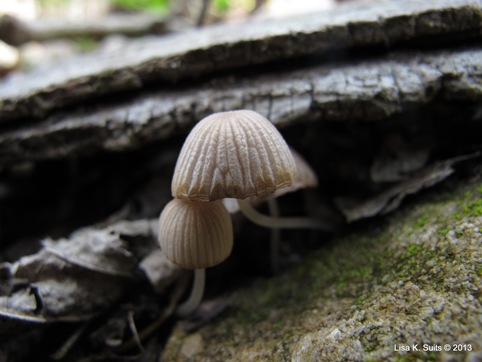 Below: Polyporus alveolaris, “hexagonal-pored polypore.” These really pop out on the mostly-brown spring forest floor (always on fallen branches). “What are those orange things over there?” is what you say when you see them. 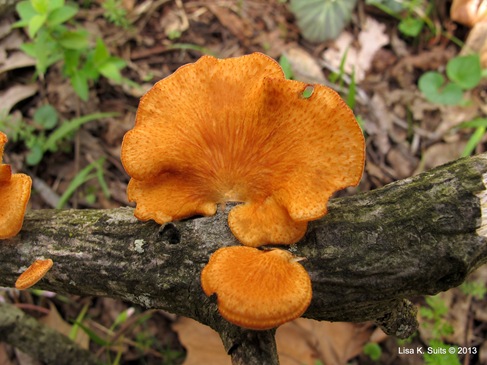 If you can’t tell what they are from the top, the pore surface will help: 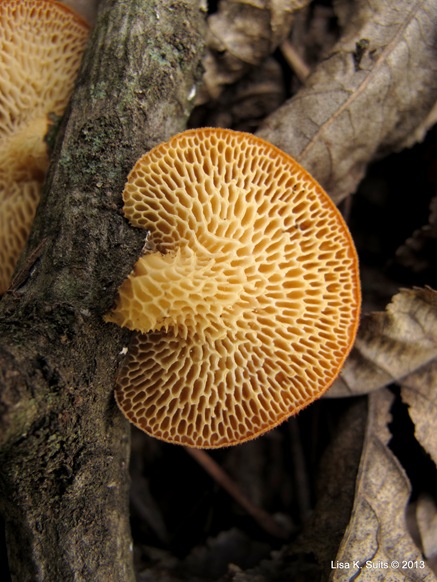 That's all for that day.
Posted by Mycologista at 6:59 PM No comments: