*This is not a mushroom ID blog! Please use many resources when identifying mushrooms.


Above, Hericium coralloides. My hiking pal ate these. There was a big fallen tree just bursting with these—and once again, right on the trail.

They are delicate and a little hard to clean, but delicious. I don’t even want to tell you what the flavor reminds me of, so you don’t go looking for them. 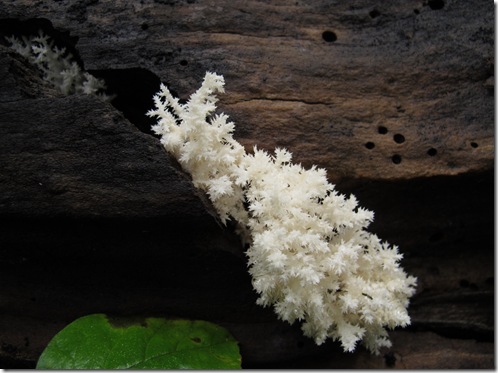 Common name “comb tooth”. This little one, spilling out from a crack in a fallen tree, is about 2” long.

When I collect these I put them in their own bag to keep them as clean as possible. A lot can get stuck in all those little crevices…

That’s not my knife so I can’t tell you how big it is for scale. I know that chunk is about 6”, though.

This one we could see from the comb tooth, as I recall!

Oh, look, there’s another one, also visible right from the trail! 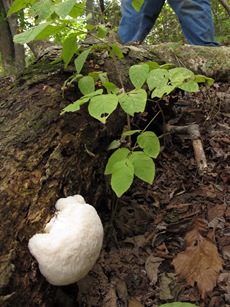 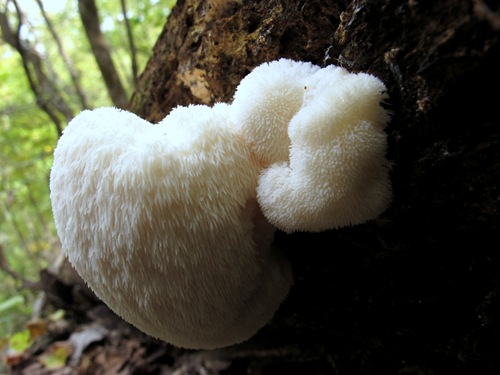 Younger growth on the right--spines are shorter.

Doesn’t get much better than this, people. They are succulent and sweet at this stage; if they’re starting to turn yellow, they develop a sour/bitter tang with a funny aftertaste.

I’m pretty enamored of their structure: 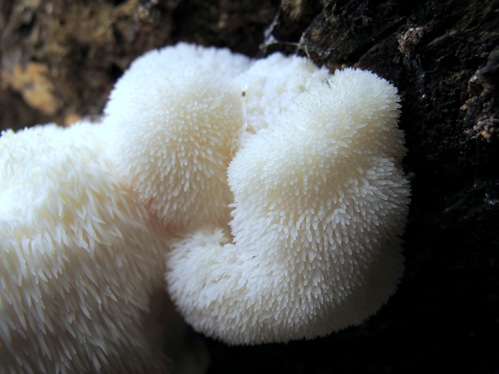 God bless whoever figured out these were edible.

Here’s a little one just starting out:


Moving on, we have a little story.

Went on a nice 2-day foray with the new local branch of the Missouri Mycological Society…but it was during last year’s late summer drought. Oh, sure, we found some stuff, but it paled in comparison to what we would have found in a year of typical rainfall. Usually, a fall foray produces tables loaded with specimens, a buffet of succulent, bizarre shapes. That year, the pickings were slim, and many were shriveled and dull from lack of moisture. Some were flat-out dried. But heading home after 2 happy days of clomping around in the woods with like-minded people, I decided to check a big tree I’d stumbled upon the year before, which had a lumpy mass growing at the base. I had no idea what it was, but after poring over field guides later, it finally registered what it might have been…a very young Grifola frondosa, or hen of the woods. Which I don’t have a picture of. But this is what I found:

I was very happy! I called the guy who led the foray as soon as I saw it. I had to call somebody! Somebody who would understand! It was my first real hen! Found on the drive home, 15 minutes after leaving a 2-day foray! After 2 days of looking for mushrooms and not finding much!


The picture above is a different one! But it’s still a hen of the woods! It’s one they found on the foray!

This is the pore surface (on its underside). There seems to be 2 color phases of hens, grey or tan.
Crashing waves! Driftwood! Delicious!
Posted by Mycologista at 2:39 AM 2 comments: